1. The Helicopter Hieroglyphs in the Temple of Seti I

The magnificent great Pyramids of Giza are popular fodder for conspiracy theories and the whole of the ancient Egyptian civilisation has in one way or another been linked to bizarre alien conspiracies.

But one of the most convincing bits of evidence aliens have in fact helped raise the ancient civilisation is a set of unusual hieroglyphs in the 3,000-year-old Temple of Seti in Abydos, Egypt.

Among conspiracy forums, the icons have become known as the “Helicopter Hieroglyphs” for supposedly showing eerie pictures of what appears to be a helicopter and futuristic aircraft.

Most genuine archeologists however will agree the icons are the simple result of typographical errors – overlapping symbols in a day and age where typos were quite literally set in stone. 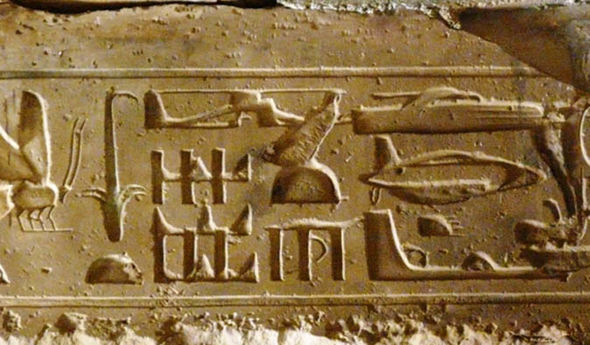 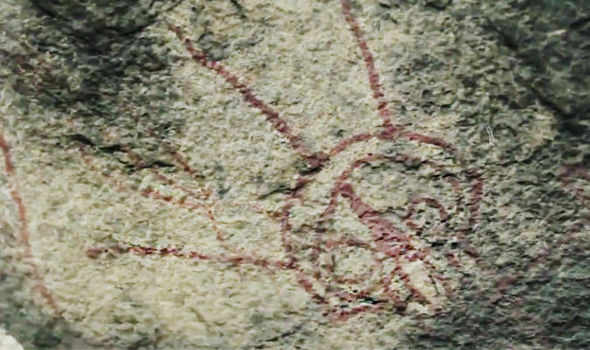 2. The UFO ancient murals of Charama

This bizarre looking painting found in a cave in India has baffled scientists for its supposed depiction of an alien UFO beaming in the sky.

The puzzling mural from Charama, Chhattisgarh, dates back some 10,000 years to a time before humans have invited the wheel.

Archaeologist JR Bhagat who studied the cave paintings in 2014 argued they were concrete evidence Aliens have walked among us in the past.

He said: “The findings suggest that humans in prehistoric times may have seen or imagined beings from other planets which still create curiosity among people and researchers.

“Extensive research is needed for further findings. Chhattisgarh presently doesn’t have any such expert who could give clarity on the subject.”

He added: “The fan-like antenna and the three legs of the vehicle’s stand clearly show a similarity to UFO type craft.”

Proof of aliens? These are signs that ‘prove’ we are not alone

The Crop Circles are often believed to be created by aliens, as there is no proper explanation behind this phenomenon.

The rock carvings in the Alpine valley of Val Camonica, Italy, are one of the world’s largest collection of prehistoric petroglyphs.

Most of the glyphs were carved out some 8,000 years before the Bronze Age, and typically depict the everyday trappings of early man, such as scenes of people and animals.

But a set of particular carvings has convinced conspiracy theories some of the glyphs represent alien astronauts walking among them.

The glyphs in question appear to show men with radiating helmets on their heads, wielding oddly shaped weapons – perhaps in battle.

UFO hunters from around the globe believe these images to be indisputable proof. 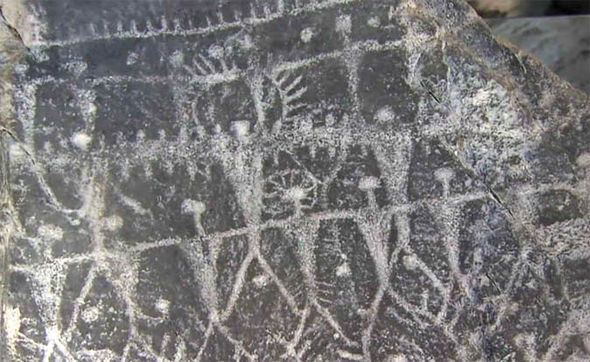 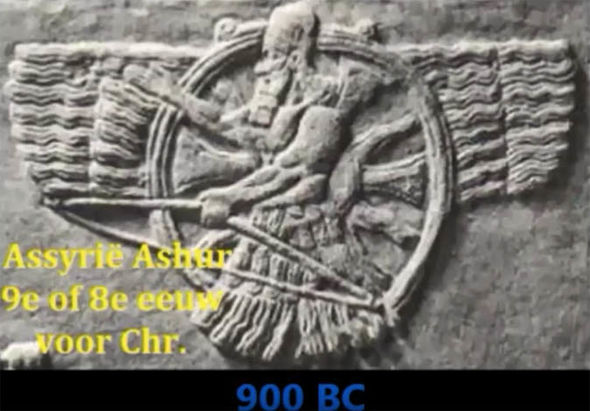 NO DIFFERENCE YOUTUBEAnciet Assyrian: Conspiracists think this is an image of an alien spaceraft

4. Mysterious winged object on the Palace of Ashurnasirpal II, King of Assyria

A piece of stone panel on the walls of the once mighty ancient palace contains the depiction of the Mesopotamian god Ashur inside of an orb with outstretched wings.

Although the stone carving clearly harks back to ancient Mesopotamian religious beliefs, some conspiracists believe this depiction of Ashur to be that of an alien traveller.

One UFO conspiracist going by the username of Luissaade, claimed the embossment is “early man’s way of drawing alien beings that were seen pilots flying machines, alien high technologies, on Earth.”

The Palace of Ashurnasirpal II, or the Palace of Kalhu, is an ancient site dating back to 879 BC in modern-day Iraq, just north of Baghdad.

Most of the palace was excavated in the 1840s by British archeologists, with its stunning findings found in museums across the planet today. 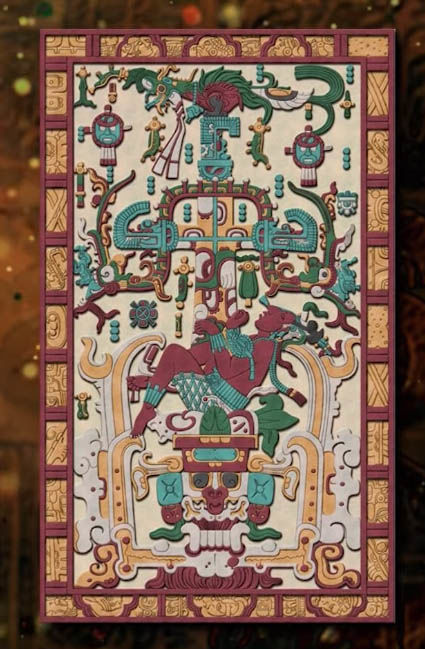 Ancient Mayan artwork is known for its intricately detailed, weaving and geometric designs and the sarcophagus lid of the Mayan king Pacal is a testament to the Mayan’s prowess.

However the 1968 book Chariots of the Gods, by Erich von Däniken, has pointed out that far from being an extremely lavish coffin, the sarcophagus contains references to alien UFOs.

According to Mr von Däniken, the central figure in the middle of the sarcophagus is an extraterrestrial alien riding what appears to be a rocket or some sort of space ship control centre.

He wrote: “In the center of that frame is a man sitting, bending forward. He has a mask on his nose, he uses his two hands to manipulate some controls, and the heel of his left foot is on a kind of pedal with different adjustments.

“The rear portion is separated from him; he is sitting on a complicated chair, and outside of this whole frame, you see a little flame like an exhaust.”